In June 1980, a local Anaheim newspaper, the Orange County Register, ran a story about the mysterious disappearance of a young local woman that occurred the month previously. Dorothy Scott was last seen by two friends going to retrieve her car from outside a local hospital on the evening of May 28, 1980. The 32-year-old mother was not seen again, and there was no word on her whereabouts until an unidentified man called the editor on the same day the local paper published details about the case, and claimed responsibility for her death. The Scott family also received phonecalls over the course of the next four years, from an unknown man who said he either had Dorothy or had killed her. In August 1984, bones were discovered in Santa Ana that were later determined to be those of Dorothy Jane Scott. Despite a thorough police investigation, and the identification of a possible suspect, the case has remained unsolved due to the mysterious nature of her disappearance and utter lack of motive in the murder.

Dorothy Scott was a happy single mother living in Stanton, California where she was raising her young son. At the time of her disappearance, she was living with her aunt and 4-year-old son Shawn, whilst working as a secretary for two jointly owned stores in Anaheim, California, one of which sold psychedelic items such as lava lamps and love beads, and the other a head shop. According to her family and co-workers, she was devoutly religious and preferred staying at home with her family, and abstained from drink and never used drugs. Her parents also lived in Anaheim, and would often babysit their grandson whilst Dorothy worked. She was described by Jacob and Vera Scott as very kind, giving and religious.

On May 28, 1980, Dorothy had attended an employee meeting at work, and noticed her co-worker, Conrad Bostron, did not look well and there appeared to be a red mark on his arm. Concerned over this, Dorothy and another co-worker Pam Head, left the meeting and drove Bostron to the emergency room at UC Irvine Medical Center. On the way to the hospital, Dorothy stopped at her parent’s home to check on her son, and also changed her black scarf for a red one. At the hospital, medics diagnosed Bostron’s red mark as that of a black widow spider bite, and he was treated. During this time Scott and Head remained in the E.R. waiting room until Bostron was discharged at 11pm. He was given a prescription for medication, and Scott offered to bring her car around to drive, because he still wasn’t feeling well and she didn’t want her co-worker walking far in his condition.

She used the restroom briefly before walking out to the parking lot, whilst Head and Bostron filled out his prescription and waited at the exit. When she failed to return after a few minutes, they went out into the parking lot and suddenly saw Scott’s car speeding towards them. They waved their arms to try and get her attention, but the car sped past them and took a sharp right out of the parking lot. Neither Head or Bostron were able to see who was behind the wheel of the car, because the headlights were on full beam, which blinded them in the darkness. Initially they suspected Scott had some type of emergency to attend to, but after several hours of not hearing from her they decided to report her missing.

The next day police were called to an area roughly 16km from the hospital where Scott went missing, after receiving reports that a car was on fire. At 4:30am, officers found her white 1973 Toyota station wagon abandoned and ablaze in an alleyway, but Scott was nowhere to be found. When detectives questioned her parents, they discovered that in the months preceding her disappearance, Dorothy had been receiving anonymous phone calls at work from a man who had reportedly been stalking her. She told her mother she recognised the voice, but could not remember the man’s name. The caller would switch between professing his love for her, and threatening to kill her. He would also provide accurate details of her day-to-day routine to prove he was watching her.

Vera recalled “One day he called and said to go outside because he had something for her. She went out and there was a single dead red rose on the windshield of her car.” Vera Scott said one such call in particular terrified her daughter, when the man threatened her saying, “Ok, now you are going to come my way and when I get you alone. I will cut you up into bits so no one will ever find you.” Because of the threatening calls Dorothy considered buying a handgun, and had been taking karate lessons about a week before she disappeared. It was suggested she may have been having problems within a relationship, but her father Jacob said that although his daughter had dated on occasion, she did not have a boyfriend.

Just over a week after her disappearance, Dorothy’s parents received a phone call from an unknown man who said, “Are you related to Dorothy Scott? Well, I’ve got her”, before hanging up. From 1980 to 1984, these calls continued without interruption and the same man called “almost every Wednesday afternoon”, and either said he had Dorothy, or had killed her. The calls were always brief, and always when Vera Scott was home alone. In April 1984, the man called during an evening when Jacob Scott was present and when he answered the phone for the first time the calls stopped.

When the Orange County Register published a story on the case on June 12, 1980, an unidentified man called the front desk and spoke with the managing editor, Pat Riley, claiming he was responsible for her kidnapping and murder. He said, “I killed her. I killed Dorothy Scott. She was my love. I caught her cheating with another man. She denied having someone else. I killed her.” The editor told police the man knew details of the case which had not been released in the newspaper, such as the spider bite suffered by Conrad Bostron on the evening of May 28, and that Dorothy had been wearing a red scarf before changing to a black one after the employee meeting. The caller also claimed Dorothy had called him that evening from the hospital, however Pam Head denied this, saying she had been with Scott the entire time and she never any phone calls. Detectives believed the unidentified caller was responsible for the murder of Dorothy Scott.

On August 6, 1984, a discovery was made by a construction worker who found a set of human and canine bones side by side roughly thirty feet from Santa Ana Canyon Road. The remains were partly charred and it was estimated they had been there for around two years, because a bushfire had “swept across the site” in 1982. Forensic officers found a watch among the remains, as well as a turquoise ring, which were both identified by Vera Scott as belonging to her daughter. Scott’s mother said the watch had stopped at precisely 12:30am, little more than an hour after Pam Head and Conrad Bostron last saw Scott’s vehicle on May 28, 1980.

Several days later on August 14, the bones were formally identified from dental records as those of Dorothy Jane Scott. Because only skeletal remains were left, the pathologist was unable to determine the cause of death. Shortly after the discovery of her remains, Dorothy’s parents began receiving anonymous phone calls again from the same man after three months of silence. Police installed a voice recorder at the Scott home, but because the caller never stayed on the line for long enough it was impossible to trace the number. Mrs. Scott said “For four years the caller has tortured us.”, and the family refused to change their number, hoping her kidnapper would allow Dorothy to talk with them. She also said about the man who killed her daughter, “He took a life that loved life. I feel in my heart that he deserves some sort of punishment.” They believe he is the same man who harassed their daughter for months prior to her disappearance, however no one has ever been charged with her murder and the case remains unsolved. 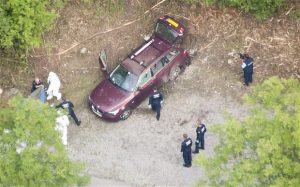 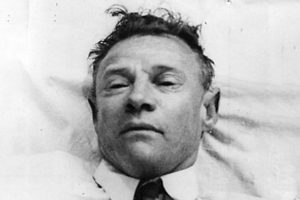 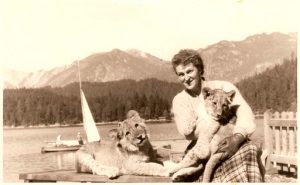