"I do not think he suffered at all"

In the Fall of 1991, Tom Roche simply vanished. He was soon to start a new job and had planned to meet his girlfriend Barbara for lunch later the same day, but he never arrived. When she contacted police they discovered the Tom had been seen by a neighbour talking with an unidentified man the day he went missing. With few leads the police continued their investigation, then six days later Barbara received a letter. Inside were personal affects of Tom along a type written letter in which the writer claimed responsibility for his death. Unconfirmed reports of him alive the day after his disappearance only added more questions. Four months after Tom Roche went missing, his remains were found 500 miles away. The circumstances of his death continue to be shrouded in mystery.

37-year-old Tom Roche resided in Burbank, California with his 32-year-old girlfriend Barbara Rondeau. They had been together for over sixteen years and had previously met in Rhode Island, later moving to California in 1988. Barbara worked at a blueprint company and Tom had expert experience in metal plating, with both of them sharing a passion for riding Harley-Davidson motorcycles and they had a good circle of friends with the same interest. In September 1991 Tom had accepted a management position with a company that plated aircraft parts. The job was well paid and he was soon to start on Monday, September 16. Three days before that, Tom had dropped Barbara off to work and then planned to meet up with her later at lunch.

When he failed to arrive she began to worry and then returned home at 5:30pm, where she found the front door unlocked. Upon further inspection she noticed his newspaper was unopened, which was something Tom did every morning as he enjoyed reading the sports page in the morning and there was the motorcycle battery on the counter which he had planned to work on that day. She knew Tom had plans to stay in most of that day as the answering machine was turned off, but thought he may have made other plans and decided to stay in and wait for him to come home or call to let her know he was safe.

The following day she reported him as missing and detectives began their investigation. They learned Tom had made two cash deposits at his bank at around 8:20am, however none of this money was later withdrawn indicating he was not planning to leave. When they questioned any potential witnesses, a neighbour came forward who claimed to have seen Tom talking to an unidentified white male at approximately 9:30am. Tom was seen standing and talking the man whilst looking into the bed of a brown pick-up truck.

The woman told police that both men were just talking, not arguing and it appeared to be a normal conversation. Detectives were unable to determine if Tom Roche had been the victim of foul play or had simply left voluntarily of his own choice. Six days after his disappearance on September 19, Barbara received a letter at their apartment from someone claiming responsibility for Tom’s death. The letter described the events of Tom abduction and death at the hands of his killer who expressed remorse for his actions.

The family of Tom Roche

I am suffering a great deal of guilt right now about what I have done and
I feel it is necessary to write about it for my sake and yours. You don’t
know me and hopefully never will, but I am the one who killed Tom Roche.
I cannot and will not go to jail. I could never handle it.
I almost lost my mind. Never again.
I loved being in Vietnam, in fact those were the
happiest days of my life. I felt such a rush whenever I had a confirmed kill
that it was hard to switch it off when I came back to the states. For 18 long
years I have held this in check despite the nightmares and fantasies about
killing. This Jefferey Behemer thing really got to me and I wondered if I
could still do it.
I figured L.A. would be the best place for what I had in mind.
I did not want just a random thing cause you can get caught that way so I
set up a plan. I met Tom in a strip joint in the Valley and got to talking.
He fell for it and we arranged to meet on Friday the 13th, I must assure you
that it was neat and quick. I do not think he suffered at all. I am very sorry
for what I have done and I know in time that the guilt will leave me.
So will your pain.

The letter made reference to Jefferey Behemer, which police believed was meant to be Jeffrey Dahmer who had recently been arrested and charged with the murder and cannibalisation of 11 men in Milwaukee, Wisconsin. Along with the letter, the alleged killer had also sent Barbara some of Tom’s personal effects, such as the earring he was wearing on the day of his disappearance and his driver’s license. Barbara did not know of anyone who would wish to harm her boyfriend and police were at a loss to explain the authenticity of the letter.

The police investigation continued and detectives discovered that an employee at motorcycle parts store said Tom had come into the store on September 14, the day after he went missing. He said Tom, who he knew, had been acting strangely because the two men usually joked with one another, but on that day he seemed more withdrawn. Investigators believe the witness did see Tom, but were mistaken about the date of the incident. Nothing was found until the following year when a discovery was made.

Four months after Tom had vanished, on January 11, 1992, police in Placer County, California, which was 500 miles north of Burbank, were called to investigate a report of bones fragments discovered on a remote hillside. There were also numerous personal effects found at the site, including a duffle bag which contained a flashlight, hunting knife, an empty prescription bottle of medicine, two pairs of prescription eyeglasses, a boot and several shirts.

The weathered bones were later DNA tested and positively identified as belonging to Tom Roche. It was determined he had been killed by a single gunshot. Because of the personal items found, police believe Tom had planned a trip with his killer, who drove them 500 miles north before murdering him. The author of the letter was never traced and the person responsible for the death of Tom Roche has never been apprehended. Barbara Rondeau passed away in 2010 aged 49. 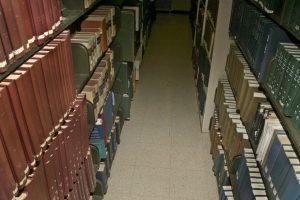 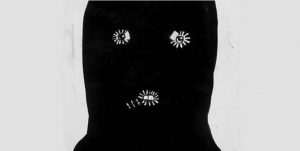